In the 1950s,  I was in high school, then college; therefore was greatly influenced by the preppy sense of style.
I even had a pair of purple suede penny loafers.  I loved those shoes and wore them forever into oblivion.  Actually, Bob gave them to me for Christmas when we were seniors in high school.  I was the envy of my friends -- no other boy gave his girlfriend penny loafers for Christmas! 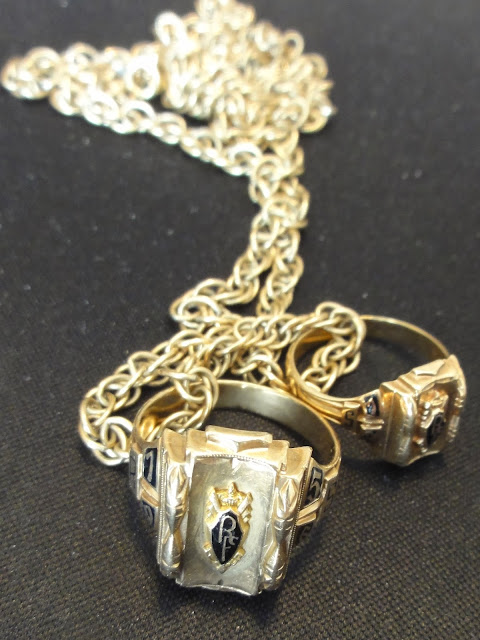 Even though I already had his class ring on a chain around my neck, what I really had my eye on was his letter sweater. 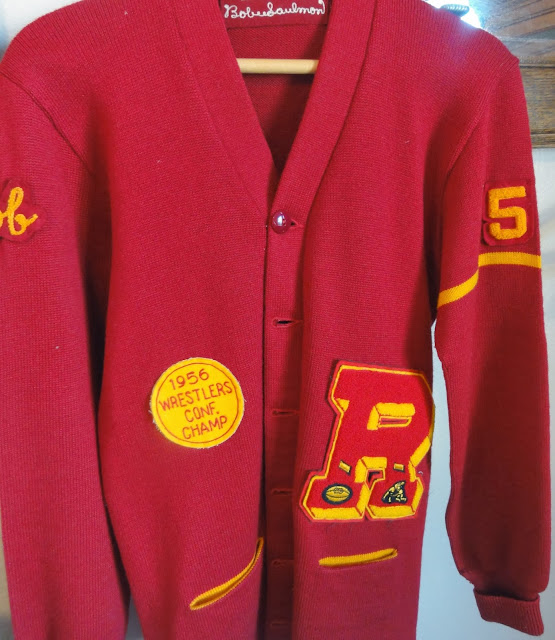 He would occasionally let me wear it for an hour or two, but at the end of the day it went home with him.  After all, he had worked hard to earn it; it was part of his persona at that point; and a daily part of his wardrobe. 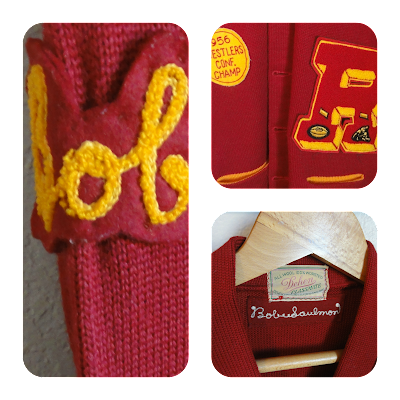 A couple of years into college we got married.  That letter sweater has hung in our coat closet for 55 years now. 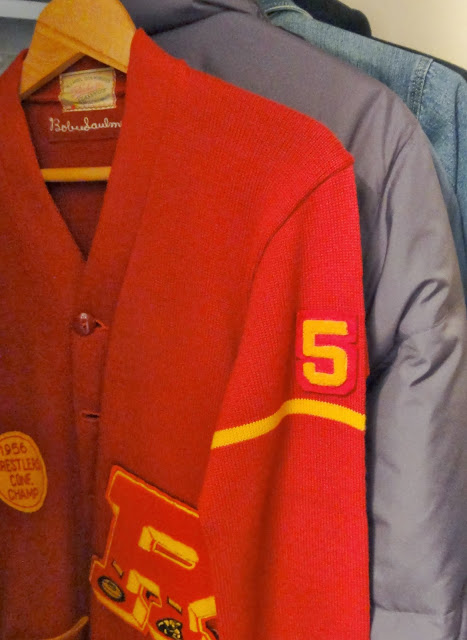 Every now and then I get a glimpse of it hanging there.  I could wear it anytime I wanted; but now really, how silly would a rotund, 75-year old look wearing a 1950s letter sweater?  I won't subject you to a picture of that!

I decided this week to cover my sewing journal with a piece of leftover Pendleton plaid fabric, and my thoughts went to the sweater.  In the 1950s that sweater would have looked darling with a pleated plaid Pendleton skirt! 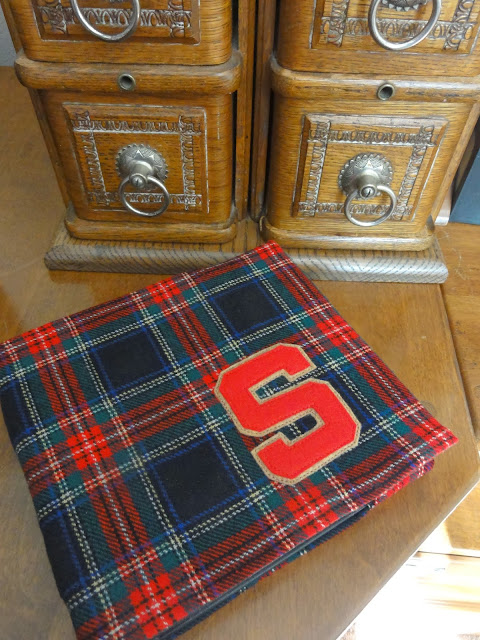 That was so much fun;  I also made a pillow for the guest room. 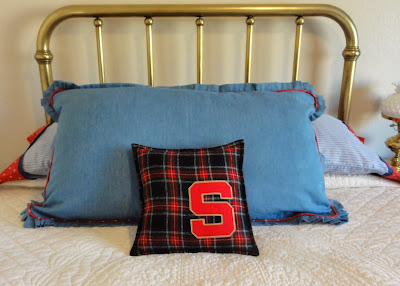 I'm joining the following:
No Minimalist Here for Thursday Open House
Have a Daily Cup for Share Your Cup Thursday
The Charm of Home for Home Sweet Home Friday
Common Ground for Be Inspired Friday
Pieced Pastimes for Saturday Sparks
Sunday View for Vintage View Sunday
Better With Age for Give Me The Goods Monday
The Dedicated House for Make It Pretty Monday
Confessions of a Plate Addict for The Scoop Tuesday
Our Home Away From Home for Tuesdays at our Home
A Stroll Thru Life for Inspire Me Tuesday
Cozy Little House for Tweak It Tuesday
Knick of Time Interiors for Knick of Time Vintage Tuesday
Ivy and Elephants for What's It Wednesday
Helene's Legacy for Everyday Vintage Friday

Posted by Salmagundi at 8:22 AM

Oh my your stories are so so touching and darling. I can just see the two of you. Your sewing skills are quite fabulous too.
Happy New Year and many blessings to you!
Love,Rachel

What a great story with such a happy ending! I was in high school in the 60's and that was preppy time also. But I never heard of purple loafers... Bass weejuns, yes, but not purple loafers! A great idea, that pillow, and I'd love to see his expression when he discovers it. Thanks for sharing, Vicki in Louisville KY

awesome story I have a son that is very athletic now and know that my dad was as well. I know that my dad has long been gone and never saw my son play ball he would have been very proud of him. COuld have just seen them together prepping it up
come see me at http://shopannies.blogspot.com

Love it! I was in high school in the sixties and we still wore preppy clothes. I still love them and adore your projects - how cute!! It is amazing where we get out inspirations!!

Oh I love the sweater and such sweet memories. I have my cheerleading sweater and jacket from the 50's too. So fun. I love the pillow, perfect. Hugs, Marty

Absolutely love preppy style - so happy to see it bak again! If you have a minute, please stop by and share your post at the Everyday Vintage link party at Helene's Legacy. Your style is the perfect fit!

Oh girl I love it! All four. . .the pillow, the book, the rings, and the sweater. We have hubbies sweater hanging in our closet also and my school ring is safely tucked away. Although I am 15 years younger we too loved penny loafers. Oh, and saddle shoes. Did you wear them? Your hubby was a smart guy to gift his girl with such a treasure! Yup, that sweater would look fab with plaid! Thanks for sharing with SYC.
hugs,
Jann

those rings are just beautiful
and the sweater too

and those plaids are simply gorgeous

would love for you to share
at Fridays Unfolded this week

and hey
if you wanna wear that sweater
i say go for it!

Love the story, the photos, the sweater and the plaid. I think you would still look lovely in your man's Letter sweater and a plaid skirt. Bet you would feel dreamy too. This post made me think of one of my favorite writers as a teen. Rosmund DuJardin. Great wardrobe descriptions. See you next time at SYC!

What a sweet romantic memory! Those were the days ....I love the way your pillow turned out and the happy ending!
Hugs,
Patti

Hi! And I saw you on Jann's post today...lol! Actually, I read this post the other day...I love stories behind keepsakes. You did a lovely job on this post. I am going to add you to my blog list. Thanks for the inspiration!