I noticed on my news feed that "Grumpy the Cat" had died on May 14th, but there wasn't a single thing about the death of noted architect, I. M. Pei on May 16th.  I was saddened by the fact that the death of a 7- year old cat internet sensation took precedent over the death of Mr. Pei, a 102-year old world renowned architect with a notable life-long body of work.

As a high school student, I wanted to study architecture in college.  I was told by the counselor that girls couldn't do that.  This was the 1950s.  Since I've never been overly ambitious and didn't want to buck the system, I went on and chose a different life path with no regrets.  But, architecture has been a love of mine forever.
As a young adult living in Denver, Colorado in the 1960s, I was fascinated with I. M. Pei's Zeckendorf Plaza.  I visited it often marveling at the interesting contrast of this modern building with the older buildings located on 16th Street in downtown Denver. 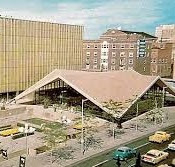 However, not everyone evidently agreed with my fascination.  The building was dismantled in the 1990s without consideration of its mid-century significance.

When I travel, my favorite destinations include wonderful architecture.  To me, there is nothing more fabulous than the Louvre in Paris with its I. M. Pei addition.  The juxtaposition is unbelievable. 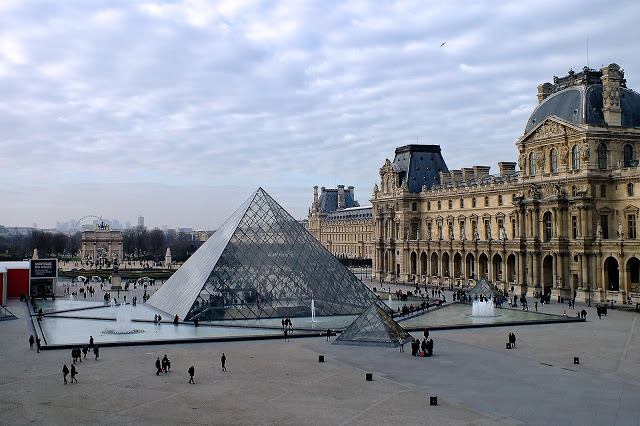 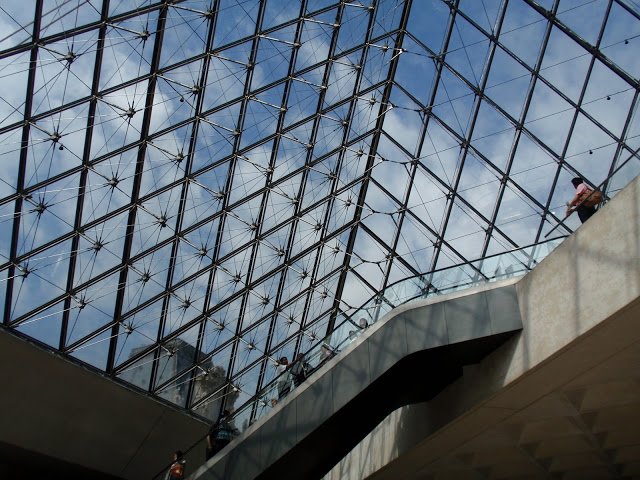 Looking through the glass triangles toward the original Louvre Palace -----

Just two examples of Mr. Pei's work that have touched and shaped my aesthetic.