The 90th anniversary of the building of the Royal Gorge Bridge is being celebrated this year with several celebratory events planned.  We feel blessed to live in Canon City, Colorado and have this spectacular engineering marvel in our city's backyard.  Thanks to our city fathers, the bridge was built in 1929; and is owned by the city.  The profits produced from the bridge are returned to the city, which enables us to enjoy low property taxes.  More history about the Royal Gorge Bridge may be found at https://www.canoncitydailyrecord.com/2013/05/09/the-history-of-the-royal-gorge-bridge/ 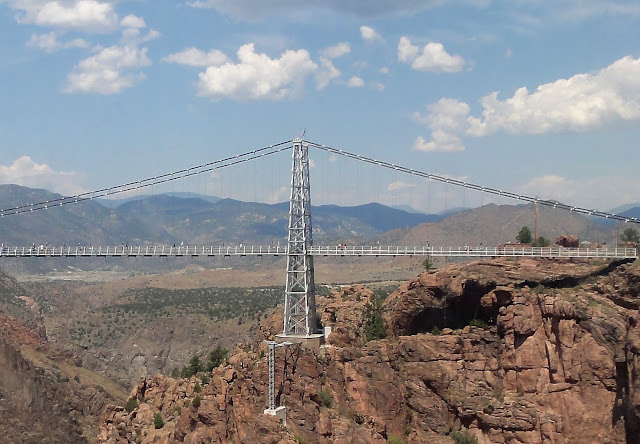 The bridge also supplies employment opportunities for our citizens.  Over the years, I'm sure thouands of our high school and college aged youths have "worked the gorge" during the summer seasons.

We found my name and our grandson Wyatt's name, but were unable to find Mike's and Bob's names on this trip.  We will have to go back this fall when it is not as crowded in search of more names.

The bridge and park suffered a devastating wild fire in 2013, which destroyed much of the park including 48 buildings and attractions.  Amazingly, the bridge itself was spared.


The  buildings and attractions have been almost completely rebuilt.  All, but our favorite which was the incline that took you to the bottom of the gorge at the river level, 950+  feet below the deck of the bridge.  We wonder if it will ever be rebuilt because of cost and logistics.
Mike worked five summer seasons during his college years.  He started in maintenance and then worked his last years on the incline with never a dull day and loving it all.  His favorite story is about the day that the 1933 era main drive wheel cracked on the incline. The cars were stopped in the middle of the incline, and necessitated a rescue of each person on board to be accompanied by an employee of the gorge either up to the top or down to the river below on foot. He was one tired guy when he got home late that night; but was relieved that the rescue went well. It was an exciting experience for a teenager on a summer job.  Employment at the gorge helped pay a lot of college bills. His last season there was after receiving his PhD. and before starting his teaching job.
Our association with the bridge goes back to opening day in 1929 as my mother as a l0-year old accompanied by her grandparents visited that day.  Walking on the bridge terrified her so that we were never able to convince her to go back.  I signed a plank for the bridge deck with her name, so she is finally back on the bridge even in name only!!

While Bob was the City Engineer we were fortunate to have a free pass to the gorge for our family and our guests.  Over the years we took many car loads of out-of-town visitors and teenage friends up to introduce them to the bridge.  It usually included a picnic in the adjoining park.

Here are pictures from our visit this week including the traditional picnic in the park. 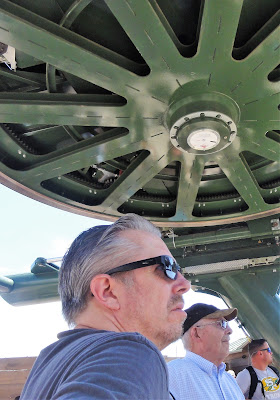 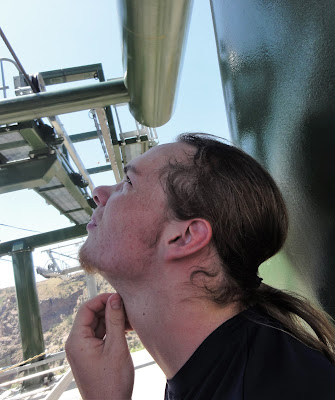 Mike, Bob, and Wyatt with their mathematical minds checking out the workings of the new gondola. 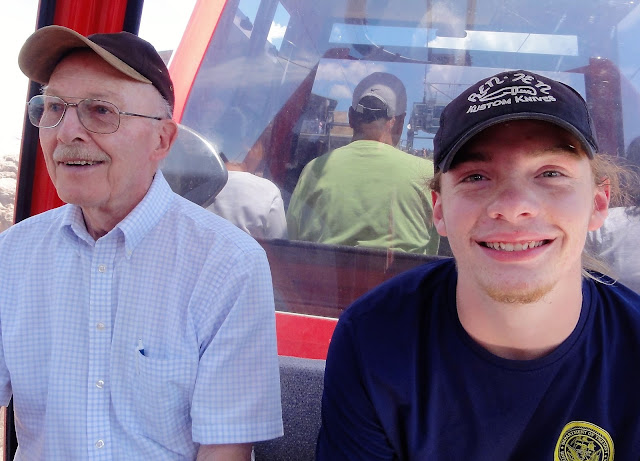 Bob and Wyatt riding the gondola across the gorge. 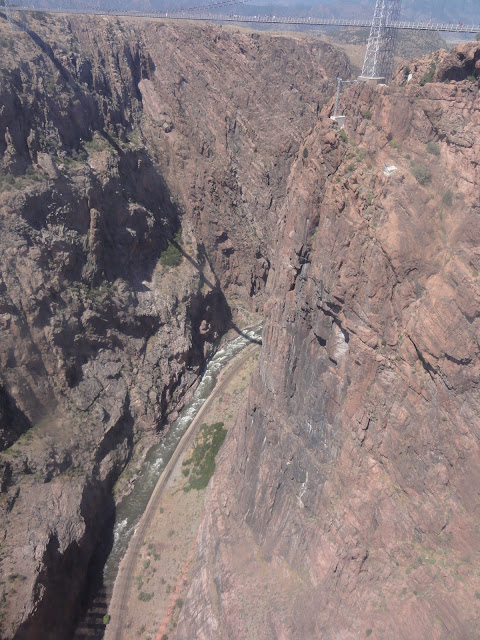 The view from the gondola of the bridge, the gorge, and the river below. 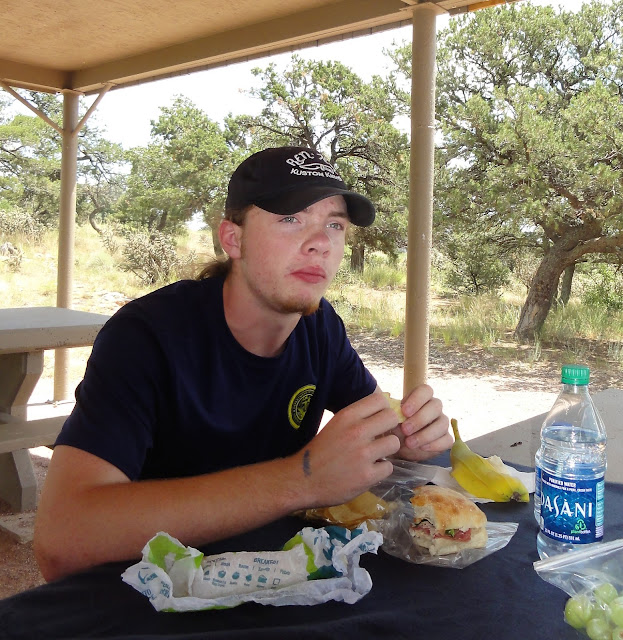 There is still evidence of the 2013 fire in the park. The landscape in the park is so fascinating; so I took the opportunity to photograph a quilt to use in an upcoming program. 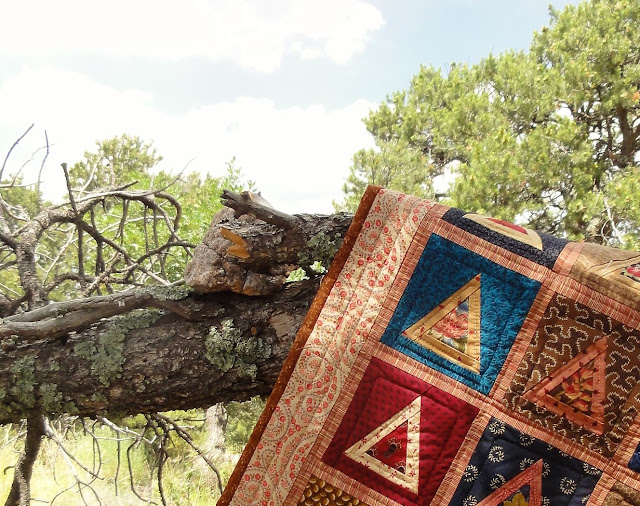 And because it is throwback Thursday, here is a picture of Wyatt's first trip to the Royal Gorge Bridge petting zoo at age two. 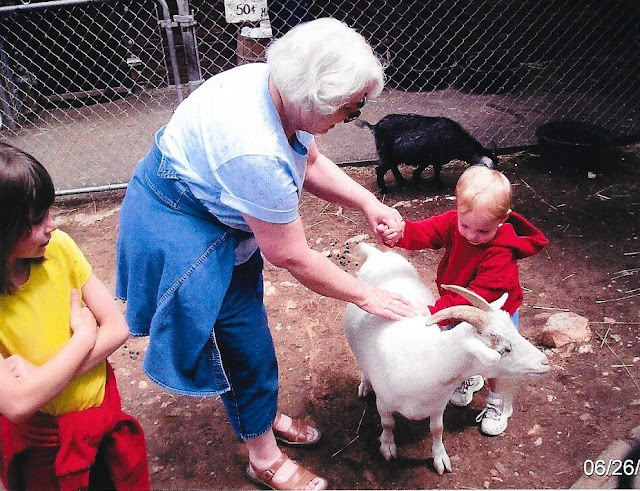